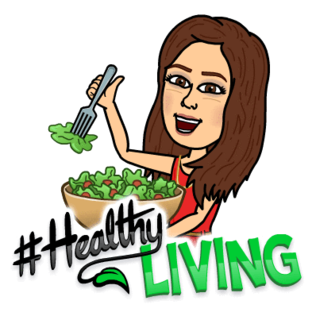 Quinoa, pronounced keen-wah, is a hole grain with complete protein. It is really in style right now and when you read this you will know why.

One cup of cooked quinoa contains 8g of protein. Compare that to rice, which has only 5g. But wait, there’s more.  It also has 58% DV of the anti-oxidant mineral manganese, 30% DV magnesium, 28% DV phosphorus, 15% DV iron. Although only 6% DV of vitamin E, quinoa contains some unique tocopherols largely absent from most grains. Quinoa is a better source of phosphorus, zinc, and iron than whole wheat.

Unlike other grains, which fall short in protein and fat content, quinoa has all essential amino acids to provide complete protein. It also contains oleic acid and alpha-linolenic acid. Two fats associated with heart health and reduced inflammation.

Easier and faster to cook than rice, quinoa will soon be a staple in your healthy diet. One cup of raw quinoa makes almost three cups of cooked grain. It is ready in just 15 minutes and freezes beautifully. I keep some in the freezer all the time.  Cooked quinoa is a great addition to smoothies, salads, or used as a side dish instead of rice. A couple of spoonfuls of cooked quinoa makes a green salad a little heartier and gives it a protein boost. With some parsley and vegan butter, quinoa makes a good side dish instead of a rice pilaf. Add a quarter cup of raw quinoa to soups or chili to boost nutrition and make the soup a little more filling.  Heck, quinoa is so versatile there is an entire website dedicated to it called “Simply Quinoa”. Subscribe to the website and get quinoa recipes in your inbox.

You really don’t need a recipe to use quinoa, just follow the directions on the package to cook it then toss it in your next salad, soup, or chili. If you just need a little push to get started, below you will find some of my favorite recipes.

Exodus 16:15(NIV)
When the Israelites saw it, they said to each other, “What is it?” For they did not know what it was. Moses said to them, “It is the bread the Lord has given you to eat."

Meanwhile, in a large pot, place chopped onion and garlic with a small amount of water and simmer until tender. Add zucchini and spices and cook a few minutes to start the zucchini cooking. Add eggplant, tomatoes, and chickpeas, cover and simmer until tender. Add raisins a few minutes before done. Add extra vegetable broth if you want more “pot liquor”.
Serve over quinoa.