Life Expectancy: Which way will yours go? 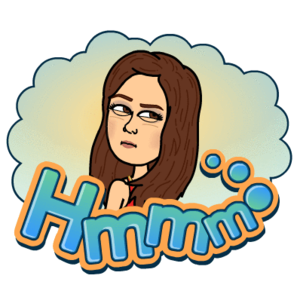 Most people in the United States believe that we have the best health care system in the world and that we have the longest life expectancy in the world. Insurance companies, the American Medical Association, competing hospital systems, and pharmaceutical companies have spent billions on marketing to try and convince us that our healthcare dollars are well spent.

Where Do We Rank in Life Expectancy

Wikipedia ranks our life expectancy at birth, which is 77.9 yrs, 40th in the world. FORTIETH! That means people in Macau, Iceland, Taiwan, Martinique, Costa Rica, Chile, Portugal, Slovenia, Greece, Cyrus, Finland, Ireland, Germany, Switzerland, Australia, Italy, France, Canada and 21 other countries have longer life expectancies than we do. According to a study published in the New England Journal of Medicine in 2005, the current model of predicting life expectancy will not work for future predictions. Life expectancy has, in the past, been calculated based on mortality rates from birth to puberty. Those mortality rates have slowly lowered for the past thousand years increasing the age of life expectancy. In the population between puberty and 80 years old, high rates of obesity, leading to chronic diseases like heart disease, diabetes, and cancer cause researchers to predict a lowering of life expectancy in the near future, specifically, in the
generation we are raising now.

If we have the greatest medical system in the world, how could that be? Well, we don’t. We do, however, spend twice as much on healthcare than the next closest country, which is Norway. Evidently, we outspend all other countries in expensive technology, the amount of testing and screening we do and the costs of physician services. We spend twice as much but have the fewest doctor visits, shortest hospital stays, and lowest number of hospital admissions than any other country. Out of 13 countries cited, one report listed the U.S. second highest in asthma mortality and diabetic amputations, both indicators of failure on the part of the U.S. medical system to manage common chronic diseases. The U.S. ranked 7th, 4th, and 10th, in in-hospital mortality rates for heart attack, ischemic and hemorrhagic stroke.

The only indicator I could find where the U.S. is number one is five-year survival of breast cancer. We eked out Norway by 2%. However, when you consider our numbers of mammograms, biopsies, lumpectomies, and mastectomies coupled with the amount of breast cancers that are not life threatening but are treated overly aggressively anyway, the 89% survival rate is misleading.

A Call to Rugged Individualism

I know this all sounds terribly unpatriotic. I want it to be a call to patriotism. The rugged individualism and self-sustaining spirit that built this country must prevail and we must take back our health care. The best way to turn these statistics around is to take back control of our health. Make it our own responsibility. Not the insurance company, our doctor, the government or anyone or anything other than ourselves. The answer is at the end of our forks. Remember the 80/20.


Listen to advice and accept discipline, and at the end you will be counted among the wise. Many are the plans in a person’s heart, but it is the LORD’s purpose that prevails.